US Comes In Last in Health Care Rankings 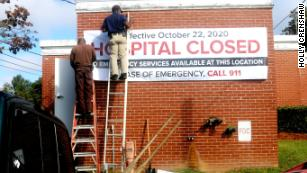 The US once again, ranks last in access to health care, equity, and spending among high-income countries, despite spending a far greater share of its economy on health care.

The nation has landed at the bottom of all seven studies the Commonwealth Fund has conducted since 2004. The US is the only one of the 11 countries surveyed not to have universal healthcare coverage.

The latest data does not reflect the impact of the pandemic, but it lays out the strengths and weaknesses of each country's health care system when Covid-19 impacted the world in early 2020.

US health insurance does not provide enough protection, which compromises Americans' health and finances, which would promote better health care access and quality, particularly for the uninsured and disadvantaged. This causes people to skip care or become burdened with medical debt.

Half of lower-income US adults reported that they did not receive care because of the cost, compared to just over a quarter of higher-income Americans. In the United Kingdom, only 12% of people with lower incomes and 7% with higher incomes said they faced such financial barriers.

What makes it interesting is that a high-income American was more likely to report financial hurdles than a low-income person in nearly all the other countries surveyed, which includes Australia, Canada, France, Germany, the Netherlands, New Zealand, Norway, Sweden, Switzerland, and the UK.

Norway, the Netherlands, and Australia were the best performers in the study, which looked at access to care, health care outcomes, administrative efficiency, equity, and care process.

In addition to lower access to care, the US also ranked poorly on maternal mortality, infant mortality, life expectancy at age 60, and deaths that were potentially preventable with timely access to care.

The US also landed at the bottom when it came to administrative efficiency because of the time providers and patients have to spend dealing with paperwork, duplicative medical testing, and insurance disputes.

The one area in which America excelled was the treatment process, where it earned second place. The nation outperformed in terms of rates of mammography screening and influenza vaccination for older adults as well as the share of adults who talked with a health care provider about nutrition, smoking, and alcohol use.

Adults in the US and Norway reported the highest usage of web-based portals for communicating medical concerns and refilling medications. And among those with chronic illness, American adults were among the most likely to discuss goals, priorities, and treatment options with their providers, though less likely to receive as much support as they felt was needed.

Get enrolled for health insurance today with Healthedly.