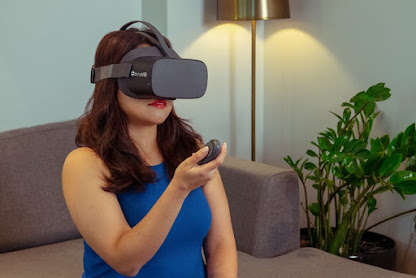 Reimagining Mental Health Care Via the Neurological Power of Virtual RealityWhile the physical toll of COVID-19 dominates headlines, the pandemic’s impact on global mental health is an underreported, ticking time bomb that providers and insurers will be defusing for years to come. Anxiety rates have tripled since 2019; so too have depression diagnoses. Mental health professionals are stretched thinner than ER-workers, but there is no vaccine that they can inject into arms to slow the spread of COVID-related mental illness. Something has to change. As the Delta variant exacerbates uncertainty around physical presence, and employers struggle to welcome back workers who must transition their professional and personal lives to the latest version of “normal,” our health care system would be acting neglectfully in believing the status quo can handle:

Where Is the Solution?Crises give rise to innovation. They create moments where mindsets open to new ways of solving critical problems. Unlikely teams form and new ideas are born. At BehaVR, we have created a way to utilize virtual reality, known by most as a transformative gaming technology, to transform how mental health care is delivered. By bringing together foremost thinkers in digital health, neuroscience, bio-pharma, health systems, public health, and academia, we are harnessing the unique neurological power of VR to supplement and scale mental health delivery. In June of 2021 research published in Nature Neuroscience described how VR can impact the brain on a deep level, impacting theta rhythms responsible for memories and emotions, helping to sharpen cognition and learn faster. Scientific breakthroughs like this, layered on to a body of research growing every day, will enable us to help millions build short-term coping skills and long-term resiliency.We can deliver quality care to more people at lower cost via VR programs that work via neuroplasticity in the brain to lay down new neural pathways that transform how we respond to triggers, stressors and trauma. In BehaVR’s programs, we are transported into an immersive environment where we are engaged with learning and therapeutic experiences that lead us out of the chronic activation of our stress response and toward finding new ways to manage our stress, anxiety and fear.BehaVR is Creating Life-Changing Care Experiences with the Power to Reach EveryoneWhat does treatment look like in this new therapeutic realm? At the core of each BehaVR program is the SAFE protocol (Stress, Anxiety, and Fear Extinction). Users step into a world where their attention is captured and the brain’s four learning centers are activated. Here, they have the opportunity to engage, anywhere, anytime, in an evidence-based platform where they can learn to build their lifelong coping skills.A few examples of how we’re bringing this vision to life:

We are just scratching the surface of the potential applications of VR by giving millions of people the agency to improve their mental health long-term, inexpensively and conveniently, while also creating new ways of accessing and experiencing mental health care that empowers and educates people in a capacity limited system. We hope you’ll come along with us on this journey and not accept the status quo. We can now do better, together.About the AuthorAaron Gani is the founder and CEO of BehaVR, LLC, creating digital therapeutics for behavioral health through the unmatched neurological power of Virtual Reality. Gani has been creating applications and experiences with technology throughout his career in healthcare and financial services, up to and including serving as Chief Technology Officer of Humana, a Fortune 50 managed care organization.

This article was originally published on fiercehealthcare.com on August 16, 2021Written by: Aaron Gani