Report from the White House about lowering costs for health care 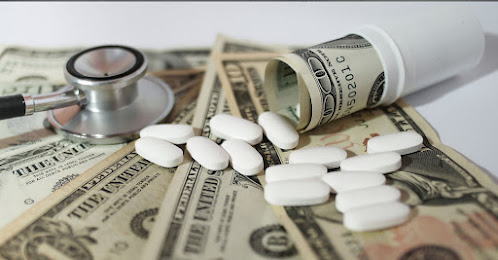 Vice President Harris Outlines How Build Back Better Lowers Health Care Costs, Announces 2.5 Million Americans Signed Up for Health Insurance Ahead of Aug. 15 Deadline
Like President Biden, Vice President Harris believes that health care is a right, not a privilege. Together, they promised to ensure that every American has access to quality, affordable health care and the peace of mind that health insurance brings. As part of that promise, just weeks after taking office, the Biden-Harris Administration opened a special enrollment period through HealthCare.gov to provide all Americans the opportunity to sign up for health insurance.
Today, during an event at Unity Health Care's Brentwood Health Center in Washington D.C., Vice President Harris is announcing that 2.5 million people have newly signed up for health insurance during the 2021 Special Enrollment Period as she delivers remarks on how the Build Back Better Agenda will lower health care costs for Americans. That is millions more people who can now rest easy knowing they are covered, and who join the  over 30 million people who have health coverage through the Affordable Care Act (ACA). With six days left in the Special Enrollment Period, Vice President Harris encourages all Americans who need access to quality, affordable health insurance to visit HealthCare.gov to sign up for coverage before the August 15 deadline.
Health  insurance is now more affordable than ever thanks to the American Rescue Plan. Because of the law's enhanced tax credits, nine million Americans who buy their coverage through the Affordable Care Act have lower premiums, saving families an average of $40 per person per month — that's nearly $2,000 per year for a typical family of four. Since April 1, over  over one-third of new and returning HealthCare.gov consumers have seen their premiums drop, on average, by 40 percent.
This success is why it is so critical to pass the Build Back Better Agenda through budget reconciliation: to ensure that Americans can continue to take advantage of these savings.
The Build Back Better Agenda will extend the enhanced tax credits that lower premiums. Those lower costs helped drive more than 2.5 million people to enroll in coverage since the beginning of this Administration. Extending there lower premiums will allow nine million people to continue to save hundreds of dollars per year on their premiums, and four million uninsured people will gain coverage. At a time when health care costs are too high, extending enhanced ACA tax credits is critically important to families.
The premium reductions in the American Rescue Plan have provided a critical lifeline for millions of people and buoyed our work to enroll consumers to date. We cannot let this critical assistance come to an end. If it expires, millions of Americans will see their premiums increase. On average, premiums would nearly double, and some Americans (particularly those in their 50s and 60s), could see their premiums increase by thousands of dollars per year. That's just not right; Americans should be able to continue to count on the lower premium available today.
President Biden and Vice President Harris are committed to building on this progress through the Build Back Better Agenda, which will expand on these efforts and make health care more accessible and affordable. Specifically, the President's Build Back Better Agenda includes:
Medicare today doesn't cover dental, vision, or hearing services, with very limited exceptions. Many beneficiaries have to pay out of pocket, often costing them thousands of dollars per year. Americans who can't afford that are forced to go without these critical services instead. That's why it's critical we add comprehensive dental, vision, and hearing services to Medicare, so that all beneficiaries will have affordable access to these vital health services.
For every other type of health care service, Medicare works to get the best prices for American seniors. But for prescription drugs – and only prescription drugs – Medicare is prohibited by law from negotiating for the best deal. Medicare should be able to negotiate the prices it pays for prescription drugs, and drug companies that raise their prices faster than inflation should have to pay a penalty. We must also cap the amount that Medicare beneficiaries have to pay out-of-pocket for drugs each year, so that seniors with expensive drugs can still make ends meet.
The Affordable Care Act created new pathways to health coverage by expanding Medicaid. Yet, nearly 4 million people can't get covered because they live in states that refuse to expand Medicaid. The Biden-Harris Administration believes people deserve to have the peace of mind that health insurance brings, which is why we must close the Medicaid gap by providing federally-administered coverage for people in states that refuse to expand, and therefore can't get covered through no fault of their own.
The Biden-Harris Admiration continues to do everything we can to make high quality health care more affordable and accessible. By lowering health care costs, expanding access to coverage, and enabling Medicare to negotiate prescription drugs, Congress can do its part to bring down costs and secure the health and financial security of the American people.
This press release was originally published on whitehouse.gov on August 10, 2021.
Protect yourself and your loved ones with the right Health Insurance Plan today!
access to healthcare affordable health insurance American Health Care System American Rescue Plan dental healthedly.com hearing lower cost of drugs Lower health care costs vision