Thirteen Million People In The U.S. Have Two Weeks To Apply For Free Health Insurance 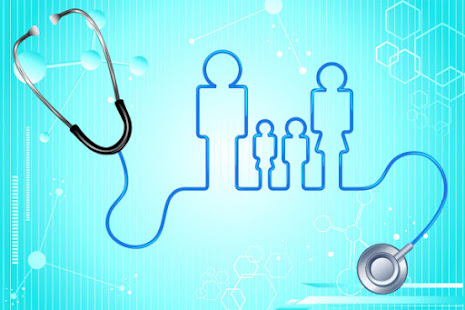 Free health insurance. If you are uninsured or you've been on unemployment benefits this year, please listen up. There's new financial help passed by Congress earlier this year that means you might be eligible for health plans with zero - yes, $0 premiums. As of today, there are two weeks left to enroll during the pandemic special enrollment period, so we've brought in NPR health policy correspondent Selena Simmons-Duffin to explain. Hello, Selena.

GARCIA-NAVARRO: All right. I got to tell you free health insurance doesn't sound like a real thing. How is it even possible?

SIMMONS-DUFFIN: I know, right? But it totally is a real thing. So the free health plans come in a couple different flavors. There is Medicaid, which is the state federal public plan for low-income people. Then there's the Affordable Care Act exchanges on healthcare.gov - there are free bronze plans. That's the lowest tier of plans. They might be available with $0 premiums, depending on your income. And now there's also some new things available because of the COVID relief package that passed earlier this year, including a whole new category of free plans that's only available as of this past July. So if you have been on unemployment at any point this year, you might qualify for a very comprehensive silver plan through the end of 2021.

GARCIA-NAVARRO: All right. So we know there are around 29 million uninsured people, still, in the United States. How many of them qualify for one of those plans?

SIMMONS-DUFFIN: So the nonprofit Kaiser Family Foundation estimates about 13 million people who are uninsured qualify for $0 premium plans.

GARCIA-NAVARRO: So this is really news you can use.

GARCIA-NAVARRO: But free plans might mean not very good plans. I mean, we've heard about these lower-tier plans perhaps not being the best, you know, quality. How much do these actually cover?

SIMMONS-DUFFIN: So more than you might think. Previously, bronze plans with $0 premiums might have had, like, $6,000 deductibles. And that would scare people off from signing up. But another thing that's new here is there's new cost-sharing help for low-income people. Here's Cynthia Cox. She's the director of the program on the ACA at the Kaiser Family Foundation.

CYNTHIA COX: You can get zero premium and possibly even zero deductible or maybe a $100 or $200 deductible. But that's the best type of plan that you can even get in the U.S., and really in a lot of other countries too, you know, because this is a really good deal.

SIMMONS-DUFFIN: I've been talking to people around the country that have enrolled in some of these free plans, including Deborah Kagan (ph), who just moved to Tampa. She got a free plan on healthcare.gov because she's been on unemployment. She was laid off from a contract furniture business last year due to the pandemic.

DEBORAH KAGAN: I got a plan that costs nothing, and it covers all my medical needs because my biggest fear was having Type 1 diabetes. Without my medication, I'm dead.

SIMMONS-DUFFIN: She is thrilled and relieved and very thankful to the navigators who helped her sign up. Those are people who are trained to provide free sign-up help without pushing you a certain way or taking a commission.

GARCIA-NAVARRO: OK, so if these plans are free and provide good coverage and we know that a lot of people were on unemployment over the period of this pandemic, why would people not be signing up?

SIMMONS-DUFFIN: So some people are signing up. About 2 million new people have enrolled in plans but not 13 million. So this is a big question. It is kind of a head scratcher. I've put the question to a lot of people, including Louise Norris. She co-owns a health insurance brokerage in Colorado and writes for healthinsurance.org. And she says sometimes people have had a bad experience or found the plans were too expensive in the past, or maybe they're worried their doctor won't take a new plan, or they're not sure what documents they'll need to sign up.

LOUISE NORRIS: There are so many little reasons that somebody might be hesitating. And when you put them all together, you end up with, you know, at least a few million people who are leaving these benefits on the table. And - but I - honestly, I would say that probably the biggest one is people just don't know what they can get.

SIMMONS-DUFFIN: So the Biden administration has put some muscle into advertising these new plans, but they're going up against years of almost no outreach during the Trump administration. And there's a lot of misinformation out there, too.

GARCIA-NAVARRO: All right. So two weeks to sign up - is that what's left?

SIMMONS-DUFFIN: Yeah, that's right. So August 15 is the deadline. Now, I should say there are lots of options beyond just these free plans for low-income people and unemployed people, including more financial help for high- and middle-income people as well. And now after the special enrollment period ends, enrollment opens again in November. The pandemic has meant enrollment is open almost the entire year. So there are lots of chances to check out plans and to sign up.

GARCIA-NAVARRO: Do not leave money on the table. That is what I have always been told. That's NPR's Selena Simmons-Duffin. Thank you very much.

To listen to the audio, visit npr.org