Op-Ed on true importance of a HealthCare System

Don’t forget the purpose of a health care system 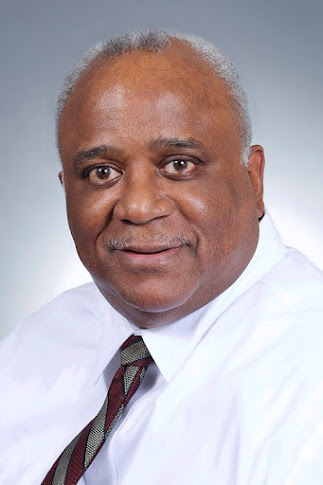 Americans should be deeply concerned about our “sick-care” health system. We wait until people fall seriously ill, and then we apply rescue care. But we don’t provide the average American with the highest quality care at the early stages of a disease. Instead, the system is designed to withhold the best medicines, medical devices, and operations until their health deteriorates, and then belatedly, rescue care is offered.

A truly patient-centric health care system would assess patients’ risk for heart attacks, diabetes, and other serious conditions — and then devote resources to preemptively reduce that risk while improving their quality of life. The current system, which is more actuarial than Hippocratic, limits access to care in the name of short-term savings, and ironically increases long-term spending.

Nowhere is this clearer than our approach to prescription drugs.

Politicians can get guaranteed applause by promising to slash the cost of medicines. And this political drumbeat is increasingly reflected in policy efforts, whether it is the executive branch attempting to link drug prices in our country to those of other nations that employ government price controls, congressional legislation that would give the federal government greater price-controlling powers over drugs in the Medicare program, or a greater reliance on institutions like the Institute for Clinical and Economic Review that assigns a financial value to a person’s life in determining whether to grant patients access to innovative treatments.

All of these efforts are focused on reducing the dollars spent on prescription drugs, with scarcely any attention given to the only purpose of our health care system, which is to mitigate risk — keep people out of hospitals, prevent them from becoming disabled, and averting senseless early deaths.

What makes this crude approach to drug pricing so indefensible is that we are living in a medical revolution. We are reading the book of life, the genomic codes, and translating it into lifesaving therapies. Yet, we have those who bemoan the innovations and concoct schemes to deny average Americans access to breakthrough medical interventions. They are so focused on managing financial risk, they devalue the cure for hepatitis C, our success in turning HIV/AIDS from a death sentence into a chronic disease, the decreases in annual cancer and cardiovascular deaths, and the increase in life expectancy.

We need to pursue a patient-risk framework that will accelerate the delivery of breakthrough treatments to those who need them most. Health care providers should use data analytics and clinical assessments to score the health risk for each patient and devote the necessary medical resources to reduce that risk.

Just consider how that’d change our approach to a disease like diabetes, which is particularly prevalent in minority communities. More than 16% of Blacks and nearly 15% of Hispanics live with the condition, compared to less than 12% of whites. All told, it cost our country over $237 billion in direct medical costs in 2017. Of that, about $15 billion was spent on insulin, which helps patients keep the disease under control and live relatively normal lives.

A true health care system would conduct regular screenings for the roughly one in three Americans who are pre-diabetic — and make it easy for patients to access medications.

Instead, our current sick-care system forces diabetes patients to pay a considerable share of insulin costs out of pocket. Many can’t afford it. Over 13% of diabetes patients have skipped medications or not filled prescriptions due to cost concerns.

As a result, they often suffer the worst complications. Lower limb amputations — which about 70,000 Americans with uncontrolled diabetes require each year — cost about $70,000 apiece.
In other words, we spend roughly $5 billion cutting off people’s feet and toes. That doesn’t begin to count the expenses associated with other complications, from kidney disease to blindness.

The old saying, “an ounce of prevention is worth a pound of cure,” really is true. According to the CDC, “effective blood sugar management can reduce the risk of eye disease, kidney disease, and nerve disease (resulting from uncontrolled diabetes) by 40%.”

If we don’t do more to predict patients’ health risks and then improve outcomes, then the trillions we invest in transportation, housing, energy, education, environment, and food have limited value. At a time when historic progress is being made in treating diseases from cancer to Alzheimer’s, it makes little sense to focus narrowly on cutting drug costs rather than viewing health care spending holistically.

Simply put, the political imperative to cut drug costs is overwhelming the larger goal of improving and extending life. Isn’t it time we got things right?

Gary Puckrein is president and chief executive officer of the National Minority Quality Forum. He wrote this for InsideSources.com.
See How Much You Can Currently Save On A Health Insurance Plan Now >
American Health Care System health care plans 2021 healthedly.com Medicare prescription drugs preventive health care