Universal health care must be a priority — even amid COVID

A focus on specific diseases has derailed efforts to achieve health care for all before. The world must not repeat that mistake with COVID-19. 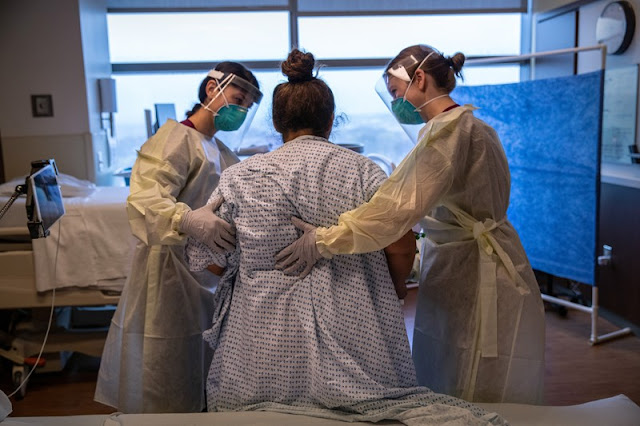 Vaccinating the world’s population against COVID-19 remains a global health priority. But it is vital that this effort does not overshadow the need to ensure that everyone, everywhere has access to basic health care.

Despite the urgency of the current crisis, the provision of universal health care remains a priority for Tedros Adhanom Ghebreyesus, the director-general of the World Health Organization (WHO). It is also enshrined in the United Nations Sustainable Development Goals on the basis that health is a prerequisite for economic growth. Governments, scientists, and the public should support this goal, because it’s in everyone’s best interests. And they will have an opportunity next week, when the World Health Assembly convenes online.

The pandemic has amply demonstrated how a lack of reliable health care can render communities vulnerable. Although access to health care isn’t the sole factor that determined how well countries fared, its absence clearly fueled the flames. Many lives have been lost in India because hospitals have been overwhelmed. In the United States, COVID-19 deaths have been higher among people on low incomes, who are less likely to have health insurance and therefore less likely to seek medical care promptly. A similar pattern has been seen elsewhere: one study found that in the poorer neighborhoods of Santiago, more than 90% of people whose deaths were attributed to COVID-19 died outside health-care facilities (G. E. Mena et al. Science https://doi.org/f9b4; 2021). Moreover, people without reliable health care might be more vulnerable to complications of COVID-19 because of poorly controlled chronic diseases.

A lack of easily accessible health care — and of health systems for sharing information — has impeded the detection and monitoring of COVID-19 infections. Should another deadly virus emerge in a region with inadequate health care, the world could lose valuable time to contain the outbreak. The two largest Ebola outbreaks so far — in West Africa and the Democratic Republic of the Congo — spread for weeks to months before they were identified.

Despite almost a century of calls to provide all people with health care, attempts have been stymied by crises and disease-specific interventions. After the economic depression of the 1930s, international health officials working for the League of Nations touted the need for the provision of basic health services by country-wide networks of clinics. This vision was interrupted by the Second World War, but was revived in 1946, when the newly formed United Nations met to write a constitution for the WHO. The constitution stated that health is a human right, and that governments are responsible for the health of their people.

But the United States nearly rejected the WHO and its constitution outright. At the time, opponents of national health-care provision in the country connected the measure to socialism and communism. The United States eventually signed on, but inserted a clause stating that it could withdraw from the WHO at any time — meaning that the country donating the most money (dues are based on the size of economies) could walk away if it opposed the organization’s ideology.

The next 20 years of single-disease programs driven by the WHO and global health funders wasn’t ideological, however. Ironically, they were also driven by a wave of scientific advances that offered simple, technological fixes to specific health problems, such as the use of the insecticide DDT to fight malaria and antibiotics to fight infections.

But, in 1978, the push to build up health systems was revived at an international conference on providing everyone with primary health care, held in Alma-Ata in what was then the Soviet Union. The resulting WHO-sponsored Alma-Ata declaration vowed to provide essential care, at the level of neighborhoods, by the year 2000.

But according to Tedros and health-policy experts, the Alma-Ata declaration was undermined by factors including inadequate political leadership, economic crises, political instability and an over-investment in treating individual diseases (T. A. Ghebreyesus et al. Lancet 392, 1371–1372; 2018). Others have suggested that the movement lacked defined steps backed by evidence, as well as cost-effectiveness assessments. Compare this with the UN children’s charity, UNICEF, which in the 1980s vowed to save the lives of four million to five million children a year through well-defined and budgeted programs to deliver vaccines for diseases including measles, tetanus and polio. Government and philanthropic donors grasped the concept immediately, and UNICEF quickly became one of the larger UN agencies. In 2019, its budget was nearly three times that of the WHO.

Childhood immunization programs save lives, but the lack of investment in strengthening countries’ health systems has led to untold deaths. The answer isn’t to stop vaccinations, of course, but to take cues from the success of UNICEF’s campaign and the failures of Alma-Ata.

In 2019, the WHO once again turned the focus on health care for all, this time at the first UN high-level meeting on universal health care. A corresponding report stated that to provide all people with primary health care, countries, on average, must increase their spending in this area by 1% of their gross domestic product. And world leaders signed a declaration promising to pursue universal health care — in their national context — and provide basic, affordable health services to everyone in the country. To hold them accountable, global-health researchers have created an online portal to track progress towards the attainment of this goal by 2030. For example, the tracker says that about 15% of the populations of the United States and Cuba lack access to essential health services. The rate grows to 20% in China and 45% in India and Kenya.

The WHO has placed ‘health for all’ high on the agenda of next week’s meeting, hoping to drive political and financial commitments from governments. Perhaps mindful of the vagueness that doomed past efforts, Tedros has created a new council of economists, health and development experts to advise on the economics of providing everyone with basic health care, including ways to quantify its value.

Universal health care might seem a lofty goal amid a crisis, but if we do not push for change now, we will regret it. The pandemic has increased the number of people living in extreme poverty, making them more vulnerable to disease. It’s infected, killed and traumatized health-care workers everywhere, most devastatingly in places that had too few already. “Our failure to invest in health systems doesn’t only leave individuals, families and communities at risk, it also leaves the world vulnerable to outbreaks and other health emergencies,” Tedros said in October 2019. “A pandemic could bring economies and nations to their knees.” A few months later, it did. We must not let that happen again.

This article was originally published on nature.com on May 18, 2021.
Written by: Editorial Team

Find the right health insurance plans for you and yours today >>