To Fix Healthcare After Covid-19, Doctors Must Have The Courage To Change

Long before doctors were fighting the coronavirus, their professional ancestors were risking their lives to battle the Black Death.

Throughout history, physicians have demonstrated courage: the ability to act regardless of the risks or fear involved. 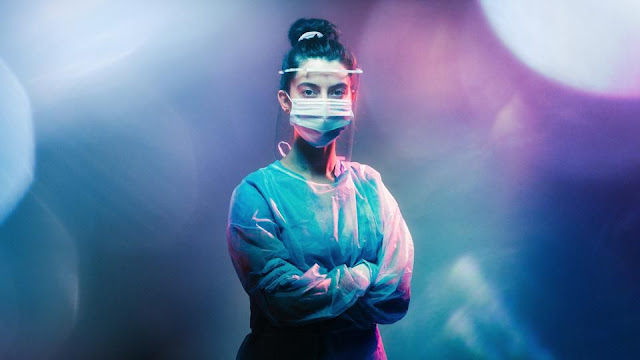 Consider the act of sawing off a gangrenous limb or performing brain surgery or treating a disease like Ebola, which kills as many as 90% of the people it infects. In these harrowing situations, courage alone isn’t enough. Doctors must also—to a certain extent—deny objective reality. They must repress the very existence of fear, detach themselves from their emotions, admit no weaknesses, deny all pain, show a single-minded attentiveness to the task at hand and snuff out any feelings that try to escape in the process.

Until recently, no one ever questioned whether such extreme denial was mentally healthy. Doctors just assumed it was necessary.

Courage and denial remain cultural imperatives in the profession today. These traits are taught to every medical student and hardwired into every doctor.

And they come with some unfortunate, and tragic, side effects.

I remember a talented doctor who returned to work the day after she, herself, received a terminal diagnosis. None of her colleagues, friends or patients were aware of her illness until after she died. In medical culture, this kind of emotional detachment is the rule, not the exception. As a nation, we owe a debt of gratitude for the courage and denial of our doctors. Without their bravery and sacrifices over the past year and a half, Covid-19 would have killed many more of our friends and loved ones.

But now that our country is through the worst of the pandemic, the time has come to address the failings of American healthcare that were inflicting harm on doctors and patients long before the coronavirus came ashore. For this to happen, physicians must play a leading role both in changing the healthcare system and challenging their own cultural assumptions.

These changes will require more courage and less denial.

1. The courage to ask for help

In a recent article, I wrote about three critical care physicians who’d recently gone through hell.

One doctor, a resident, had started his ICU rotation with a half dozen Covid-19 patients under his care. All were dead by the end of the month. Another physician, a hardnosed veteran of the ICU, said she had been waking up every day before dawn covered in sweat. The third, a senior attending, watched four of his patients die in a single day.

Psychological defenses like denial help doctors push away fear and bypass the grief of losing a patient. But like any coping mechanism, denial is best used in moderation, not perpetuity. No degree of denial, repression, grit, or toughness could have prepared healthcare workers for the deluge of death Covid-19 has wrought. No amount of cultural conditioning could adequately equip clinicians for the pain they’ve endured. And as a result, many in the profession feel depleted.

As the expression goes, “you can’t pour from an empty cup.” Too many cups are empty.

According to the most recent Medscape physician survey, 42% of all doctors are burned out. But only 7% of them report seeing a therapist to improve their mental health.

2. The courage to acknowledge one’s biases

It has become standard practice in American culture to point fingers and blame others. Doctors are no different. On social media and at medical conferences, physicians are rarely willing to accept responsibility for any of healthcare’s many problems.

Take health disparities, for example. Ask physicians why Black patients have shorter lifespans and experience poorer health outcomes than whites, and they’ll blame socioeconomic factors like income, education and the ills of American health insurance. They’ll point to social determinants (where people are born and raised, work, play, and socialize) and social dynamics (such as racial segregation, poverty, and educational barriers). Of course, these external factors contribute to health disparities, but they’re not the only factors at play.

Research shows that two-thirds of doctors have an implicit bias against Black individuals. This type of bias is different from overt hatred or even conscious prejudice. But it’s no less harmful.

Bias also helps explain why Black patients receive 40% less pain medication than white patients after surgery. And it helps us understand why the average Black patient receives $1,800 less per year in total medical care than a white person with the same set of health problems.

For decades, doctors have insisted that health disparities are the fault of American society, existing political policies or other players in the healthcare system. While we must address these barriers to better health for all, doctors must also show the courage to hold a mirror up to the profession. After all, they are the ones who decide which patients to test and how much pain medication to administer.

Until doctors demonstrate the courage to confront their biases, they will continue to violate medicine’s sacred oath to “first, do no harm.”

In the 21st century, the internet has flattened the gap between the experts and everyone else. In the realm of healthcare, patients can now research diseases and treatments to a depth never before possible.

Many physicians believe that culling healthcare information from the internet is a recipe for “bad medicine.” Maybe. But doctors can’t reasonably expect patients will just stop turning to the web for insights. It’s not as if people will suddenly covet less information, less transparency or less convenience from healthcare or any other service.

American consumer culture isn’t going away. As a result, more Americans are calling for a new kind of doctor-patient relationship—one that looks far less paternalistic and much more like a partnership. And this partnership needs to take the patient’s needs and wants into account.

Telemedicine is a great place to begin. Before the pandemic, only 8% of Americans had experienced a “virtual visit” with a doctor. That’s because most physicians had insisted that good doctoring could only take place in-person. Covid-19 proved that perception wrong. A recent survey found that 20% of consumers (55 million Americans) would swap doctors for one that offers telehealth services.

Historically, doctors have not valued or prioritized the patient’s time, convenience or preferences. In the future, they’ll have no choice. A more equal doctor-patient partnership will require the courage to embrace alternative care-delivery approaches and accept that patients have become (and will remain) savvy healthcare consumers.

4. The courage to uphold medicine’s true mission and purpose

For most of medicine’s history, diseases tormented doctors. Plagues killed millions, including the physicians who comforted the sick and dying. Entire civilizations died gruesome deaths with doctors at their bedsides. And yet physicians never lost their nerve or desire to help.

Today, many doctors feel like victims of a broken system. They blame for-profit insurers, greedy drug company executives and hospital administrators for their professional dissatisfaction. And while they are right to call for sweeping healthcare reforms—ones that will free them from the administrative distractions that prevent them from doing their jobs—they must also show the courage to change what they can control.

Physicians are the ones who write the prescriptions that contribute to 60,000 opioid deaths each year. They sign off on the surprise medical bills that have bankrupted millions of patients and their families. They contribute to the preventable medical errors that kill 200,000 people each year. They perform the 30% of all procedures that Mayo Clinic researchers have shown add no clinical value.

American doctors are at a crossroads. They are a part of a wonderful and beautiful profession that is current in crisis. Doctors must continue to uphold the righteous mission and purpose of medical culture. At the same time, they must demonstrate the courage to evolve the culture’s most problematic parts. Doing so will not only benefit patients but also restore the esteem the profession deserves.

This article was originally published on Forbes.com on June 14, 2021
Written by: Robert Pearl, M.D.