Most of us can recall a health care trauma that continues to haunt us. In December 2019, Timothy Snyder’s health care nightmare started with abdominal pain that landed him in a Munich, Germany hospital, where he was discharged without a diagnosis the next morning. 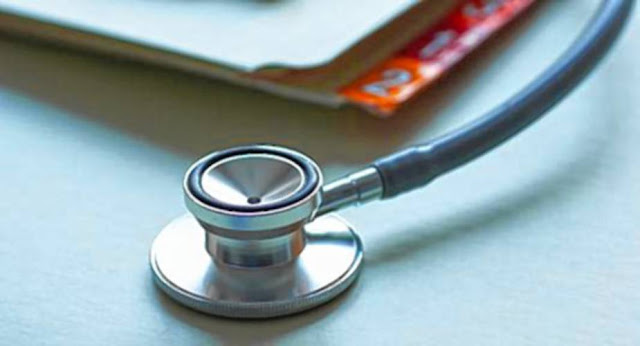 Twelve days later, he underwent an appendectomy in Connecticut and was released less than 24 hours later. His symptoms worsened, and after another one-day stay in a Florida hospital during a holiday vacation, he flew home to New Haven, where he was driven straight to the hospital.

Unattended to for hours, Snyder was, “expiring slowly in the emergency room alcove.” An African American physician friend who tried to intervene on his behalf was ignored. After a botched up, unnecessary spinal tap, doctors finally read his medical record and learned Snyder was suffering from a potentially fatal condition called sepsis, resulting from a liver infection noted in his medical record, but ignored in his previous hospitalizations.

Today, Snyder still has residual symptoms from his near-death experience that left him hospitalized for weeks. A professor of history at Yale University, Snyder is an internationally-acclaimed writer and historian, yet his privileged status did not protect him from the consequences of a health care system that puts cost-cutting ahead of patient care. Snyder’s experience led him to examine the connection between his “malaise,” and our national health care “malady,” in his 2020 book, “Our Malady: Lessons in Liberty from a Hospital Diary.”

Before the COVID-19 pandemic, health care was a central issue in the run-up to the 2020 presidential election. The pandemic exposed a deeply inequitable health care system that resulted in disproportionately higher rates of death of people of color. We witnessed millions of Americans not only losing their jobs, but also their health insurance in a deeply flawed system that ties health care access to employment.

Yet today, as many of us celebrate our new-found vaccinated freedom to gather with friends, shed masks and plan vacations, the discussion about health care has faded, leaving us vulnerable.

Snyder believes health is a necessary condition for freedom. Those who are deprived of accessible, affordable, quality health care, who live with the fear of being one illness away from bankruptcy, who have to choose between suffering with chronic pain or addiction to painkillers, who live in a culture that encourages people to “tough it out,” rather than seek treatment, are not free.

Our two-tiered system of health care pits the “haves” against the “have-nots” in states where legislators cut the health care safety net for low-income people, while enjoying their top-of-the-line health insurance benefits.

Following World War II, the United States signed onto the constitution of the World Health Organization and the United Nations Declaration of Human Rights, which regard health care as a fundamental right for all human beings.

However, we have not joined other nations, like Japan and Germany, whose constitutions guarantee the right to health care, and who, coincidentally, have healthier populations. The consequences of our profit-driven health care system have resulted in mortality rates of babies born to African American women that are higher than Albania, Kazakhstan, and about 70 other countries. Millennials in the U.S. are expected to “live shorter lives and spend more on healthcare,” in a system that Snyder describes as, “wealth transfer that incidentally involves some health care.”

In America, the “sickness of the many becomes a zone of profit for the few,” in a system where productivity deprives doctors of time with patients and “what doctors know is crowded out by what makes money.” Snyder learned from his December nightmare that doctors are difficult to access in hospitals and the goal is getting, “the right number of bodies on just the right number of beds.”

Referrals, tests, medications and procedures are based on cost, not care. New doctors are drawn to financially lucrative specializations because of low reimbursement rates for primary care, geriatric, or pediatric physicians. Rural America has become a health care desert, while low-income people in cities turn to emergency rooms for health care.

Donald Trump used the pandemic to further divide this country. He openly mocked CDC guidelines and provoked his followers to declare war on leaders who prioritized protecting lives over opening the economy. He withheld lifesaving resources from his enemies, rewarding his corporate and legislative cronies, in exchange for their unwavering loyalty. He denied the worst health crisis in more than a century, spending his time campaigning or on the golf course. His political ambition “trumped” his responsibility to protect the American people, leaving our health and freedom hanging by a thread.

The COVID vaccine did not give us immunity from the risks our broken health care system poses. Our health care malady is in critical condition, but Snyder believes it’s curable. His prescription:

A movement for a single-payer system that provides equitable health care for everyone, puts decision-making in the hands of health care professionals, and elevates the role of public health.

Snyder says, “We deserve freedom and we need medicine that works. It will begin from the premise that we all have a right to health care. Does it sound like a dream? Let it be the American one.”