Despite being conservative on most issues, I’ve finally accepted the fact that health care expenses are effectively socialized, and we won’t make any progress bringing costs down until we accept that. While purists may quibble that health care is not a constitutional right, there’s ample proof that it is a de-facto right in our society today. 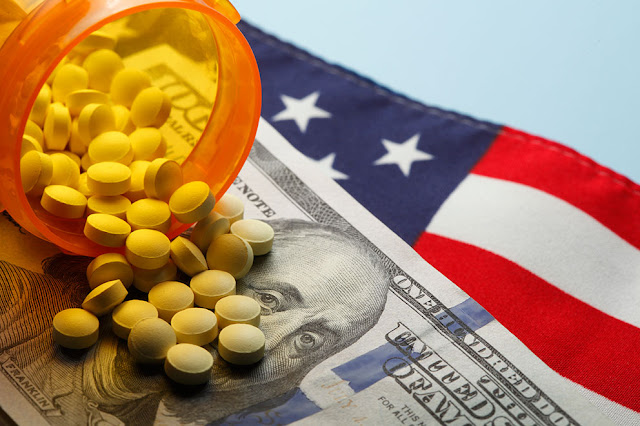 Back in 1986 Congress passed EMTALA — the Emergency Medical Treatment and Active Labor Act — to prevent hospitals from dumping indigent patients and to ensure that people got treated during emergencies without regard to their ability to pay. In 2020 at the outset of the pandemic, Congress authorized $187 billion to reimburse hospitals for uninsured COVID patients. I read that headline, heard no opposition from any Republicans and thought, “OK, health care expenses are socialized, get over it.”  Since we’re too humane to allow people to die in the streets, we have to insist that everybody pays and not tolerate those trying to free ride the system.

Americans spend about 18% of GDP on health care, while the rest of the developed world spends between 9% and 11% with roughly equivalent outcomes. It’s more expensive here for a variety of reasons — hospital concentration, high doctor salaries, administrative costs, defensive medicine to avoid lawsuits, etc. — but in the end, it’s because no party is really motivated to keep expenses down, and end-users feel entitled to any treatment because insurance pays. Other countries don’t allow doctors to advertise, and they aggressively negotiate drug prices. During the ObamaCare debate in 2009, the suggestion that treatments be evaluated for effectiveness was derisively called “death panels.” How can we get expenses down if we can’t even discuss which treatments are worthwhile? Do we adopt the approach that everybody gets everything? A few weeks ago, we heard that former Sen. Bob Dole had been diagnosed with lung cancer and that he would begin treatment shortly. He’s 97. And we wonder why it costs so much?

Government pays for about one-third of health care now via Medicare and Medicaid, while employers and individual buyers pay the rest. Doctors and hospitals will claim that Medicare/Medicaid under-reimburse them, and that they make up for it by shifting costs to employer and individual plans — socializing it. Employers don’t really care about expenses either. Insurance premiums are just part of an employee’s total compensation while salaries are the much bigger piece. If medical costs rise too much, employers will respond by limiting raises and asking employees to pay more. Most employers have already moved to high deductible health plans that shift costs to employees. Those who claim that taxes will go up in a single payer system either don’t understand or disingenuously omit the fact that the money that employers now pay for health care will get added back into employee paychecks.

In a real free market for health care, a person would comparison shop different levels of coverage ahead of time and pay accordingly. But, it just doesn’t work that way in the U.S.  Insurers find it difficult, if not legally impossible, to withhold care based on cost. The deductible is some deterrent, but once you meet it, the sky’s the limit in our system. And nobody comparison shops or gets a second opinion from a hospital bed.

There are a variety of different solutions, single payer is one, but we need to accept that our expensive system is the result of historical quirks and gamed by special interests. We should ban all medical advertising — either by doctors or drug companies. Remove the double tax break on employer provided insurance, so that workers see how much their health care costs and begin to demand alternatives. Use anti-trust laws to ensure competition among provider groups and prevent consolidation. Allow Medicare/Medicaid to negotiate drug prices and create a federal panel that evaluates treatment for cost effectiveness. These changes may seem drastic, but only by accepting that health care is different from other products, and that the expenses are effectively socialized will we be willing to alter our behavior enough to make it more affordable. If nothing changes, nothing changes.

This article was originally published on Timescall.com on June14, 2021.
Written by: Jim Hemenway