Health plans frequently impose utilization management tools, such as prior authorization and step edits, in their prescription drug coverage policies. Their goal is to curtail inappropriate use and contain costs, but the policies can create barriers to appropriate care. 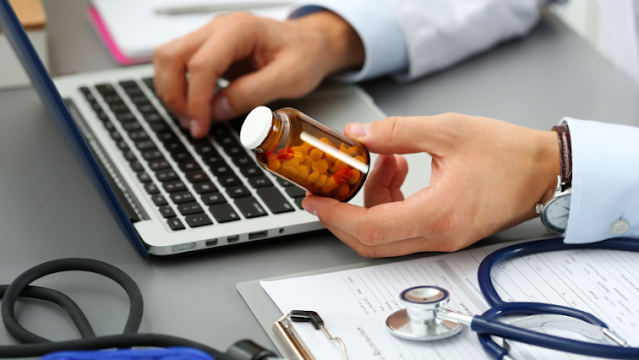 The American Medical Association, along with more than 50 clinical and professional health care organizations, have published key principles for utilization management with the goal of reducing “the negative impact they have on patients, providers and the health care system.” Among the principles is the need for transparency in prior authorization requirements, criteria, and rationale.

Health plans’ utilization management criteria guide and restrict their enrollees’ access to prescription drugs by defining whether and how plans pay for products. Coverage policies reflect a plan’s interpretation about medically necessary care but also provide a means for favoring or inhibiting certain therapies. Coverage requirements are sometimes more generous than the Food and Drug Administration’s approved label, but often they are more stringent. For example, plans often require that patients first fail a cheaper alternative (by implementing a step therapy protocol) or that patients first satisfy clinical criteria, such as suffering from symptoms of particular severity or duration.

Most, but not all, large commercial health plans post information about their specialty drug coverage policies on their websites. However, even when disclosed, the information provided varies considerably and typically fails to explain the rationale underlying coverage decisions. This lack of transparency matters because plans vary substantially in how they apply coverage restrictions.

A review of the Tufts Medical Center Specialty Drug Evidence and Coverage (SPEC) Database, a database of more than 8,500 specialty drug coverage policies issued by 17 large US commercial health plans, reveals wide variation in the frequency with which plans restrict drug coverage. For example, for abatacept for rheumatoid arthritis, 15 of the 17 health plans impose step therapy protocols in their coverage policies, but how they do so vary: Eight plans require patients to first fail one prior treatment; three plans two prior treatments; two plans three prior treatments; and one plan four prior treatments. In another example, for onasemnogene abeparvovec-xioi for spinal muscular atrophy, 16 of the 17 plans impose different requirements on patients with respect to the number of SMN2 gene copies, which is correlated with disease severity (a higher number of SMN2 copies is associated with less-severe symptoms): Eleven plans required patients to have less than or equal to three copies; three plans less than or equal to two copies; one plan two or three copies; and one plan greater than or equal to two copies. This variation has important implications for patients’ access to treatments, as it forces physicians to tailor care not only to a patient’s clinical presentation but also to their insurance coverage. While physicians can appeal coverage denials, the process can be burdensome.

The lack of consistency in drug coverage raises questions about how plans formulate their policies. One clue can be found in the evidence that plans cite to support their decisions. Research using SPEC suggests that some plans refer to a much larger and more diverse set of studies than others, although different plans rarely cite the same clinical and economic studies for the same drug. These findings imply an uncertain evidence base but also that many coverage policies may be at odds with evidence-based medicine principles.

In fairness, coverage polices reflect a complex assembly of inputs, including factors other than clinical evidence. Plans tailor their policies to their enrollee population’s health needs and must account for any state-level mandates, while grappling with their own financial challenges. Coverage policies are important tools for plans to manage a product’s use and budget impact. Plans cannot provide unfettered access to pricey prescription drugs while keeping insurance premiums in check. Coverage policies grant plans a lever to negotiate with product manufacturers, for example, by conferring more generous coverage in return for larger price discounts.

A Call For Greater Transparency

Lacking transparency, coverage policies may overemphasize cost control, compromising sound clinical and cost-effectiveness justification. Without more openness, plans may prioritize coverage of products for which they obtained the largest discounts, rather than those with the best safety and efficacy profiles for the plan’s enrollees. Negotiated discounts obtained in backroom dealings may become overriding factors—and may help explain the observed variation in health plan coverage policies.

Ideally, plans would account formally for a treatment’s value in their deliberations, taking into account a drug’s comparative clinical efficacy and long-term cost-effectiveness. However, unlike their counterparts abroad, most US health plans have not embraced explicit cost-effectiveness considerations in decision making. The emergence of such organizations as the Institute for Clinical and Economic Review, which produces value assessments for prescription drugs reflecting cost-effectiveness judgments, offers hope that US plans are gaining access to information that will help steer them toward a product’s value, rather than its price alone.

Health plans are not compelled to be transparent and for various reasons may even be deterred from it. First, transparency requires time and resources. Smaller plans in particular may lack the capacity to assess emerging medical evidence with the frequency required to keep their coverage policies up to date. Second, fear of litigation may discourage plans from revealing the reasons behind their decisions. Third, the proprietary nature of negotiated product prices may hinder plans from disclosing the factors underpinning the decision. Fourth, opacity grants a measure of flexibility by allowing plans to more readily update their coverage policies in response to contracting changes with product manufacturers. Economists have sometimes argued that requiring price transparency can have the unintended consequence of increasing average prices because it removes the ability of purchasers to obtain secret rebates. While requiring coverage policy transparency could similarly limit an individual plan’s flexibility, the benefits of revealing coverage policy rationale should override any such concerns.

How should commercial health plans become more transparent? Plans could follow the lead of the Centers for Medicare and Medicaid Services (CMS), which has long maintained an open process for its National Coverage Determinations (NCDs), used for health interventions deemed likely to have a major impact on the Medicare program. In an NCD, CMS summarizes and critiques the evidence, addresses public comments, and explains the underlying rationale. In 2018, the 21st Century Cures Act directed CMS to follow a similar process for its local coverage determinations (coverage determinations issued by regional Medicare administrative contractors).

Some recommendations for coverage policy formulation exist (such as those issued by the American Society of Health-System Pharmacists), but health plans are not mandated to follow them. Possibly, health plan accreditation bodies, such as the National Committee for Quality Assurance, could incorporate transparency in the performance measures they require for plan certification.

This article was originally published on healthaffairs.org on April 7, 2021.
Co-written by: James D. Chambers and Peter J. Neumann

Don't forget, you have until August 15th to enroll in a cheaper health insurance plan! Get Started Now >