You May Be Surprised by the Type of American Who Is Postponing Basic Health Care During the Pandemic.

There’s more than one way to get sick during the COVID-19 pandemic. You can contract the virus, of course, as more than 28 million Americans already have. Or you can dodge the disease but still suffer from the disruption caused by quarantines and social distancing, if they lead you to neglect routine health care. That, a new TIME-Harris Poll survey shows, is just what too many of us are doing. 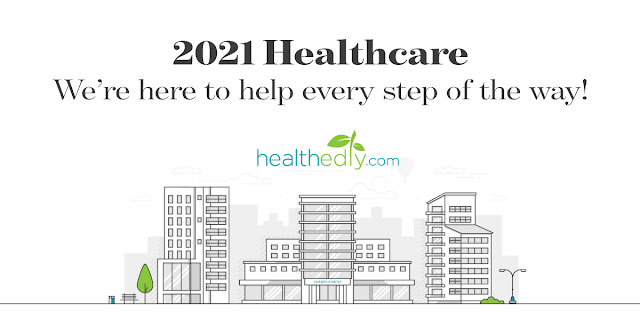 The top-line numbers from the survey of 1,093 participants (a representative sample of the U.S. public) are sobering, with 78% of respondents reporting that they have put off at least some medical services during the past three months of pandemic. Of those procedures, dental exams or cleanings were the most frequently missed, with 30% saying that they have passed on regular oral care. Annual physical check-ups were next at 27%, followed by eye exams at 25%.

More troubling—if somewhat less common—were the 15% of people who said they were missing appointments with specialists, including orthopedists, dermatologists and, most worrisome, cardiologists. The 500,000 Americans who have died of COVID-19 since the start of the pandemic represents a scary enough figure, but it still trails the 655,000 who lose their lives each year to cardiovascular disease. If even a fraction of heart-disease patients are missing their regular cardiology visits during the pandemic, there could be a bump in that overall mortality number down the line.

A similar trend could result from people missing routine cancer screenings. “I am most concerned about an increase in morbidity and mortality due to cases of cancer being detected too late,” says Kelly Anderson, a health services researcher and PhD candidate at John Hopkins University’s Bloomberg School of Public Health.

Demographics play a significant role in who is staying current with health care during the pandemic and who is letting things slide. In the case of education, for example, good health practices seemed to be inversely associated with academic achievement. Only 16% of people with a high school education or less have put off their routine check-ups during the pandemic, compared to 31% of people with some college and 34% of college graduates.

Similarly, lower income Americans appear to be doing a better job of looking after themselves than higher-earners. Just 21% of people in households with less than $50,000 annual income are missing routine physicals, compared to 23% in the $75,000 to $100,000 group and a whopping 35% of those in households earning more than $100,000 annually.

In some ways, these numbers are unsurprising. Lower-income and less-educated people tend to be more likely to have chronic health problems and thus have less of an option of skipping their physicals. “Conditions like diabetes and hypertension are more common among people with lower income. They might feel like they just know they can’t miss a check-up, so they make it more of a priority,” says Dr. Jessica Justman, an infectious disease specialist and epidemiologist at Columbia University’s Mailman School of Public Health. “People with higher income have more options for diet and exercise and are healthier overall.”

Insurance—or lack of it—may be at work too, says Dr. David Buchholz, medical director of primary care at Columbia University Irving Medical Center. People in lower income brackets are disproportionately represented among the uninsured, and thus likelier to lack access to health care to begin with; if they haven’t been getting regular physicals all along, they’d be less likely to describe themselves as missing them now. “If they’re starting from a baseline health care of zero,” Buchholz says, “they’ll still be zero during the pandemic.”

For people who do have health insurance, the type of policy is a factor as well. Among those who get their insurance through the public marketplace—where there can often be high deductibles and other out of pocket expenses—62% are saying no thanks to annual checkups compared to just 32% of people on employer-sponsored health care plans.

As with so many things, race and ethnicity play a significant role as well, with communities of color suffering more—often lacking health insurance and working in lower income jobs. Among white Americans, 20% report missing their annual check-ups during the pandemic, compared to 29% of Black Americans and 48% of Hispanic Americans. Structural disadvantages that made health care harder to access pre-pandemic would only be exacerbated when lockdowns and economic hardship set in.

Anderson also points out that even among low-income Medicaid recipients, there are up-front costs for health care, which may simply not be affordable in the COVID-19 economy. “Even small out of pocket costs can be a major barrier and lead to people forego care,” she says.

No surprise at all in our incorrigibly partisan culture, political leanings have played a role in health care decisions in the past year. Throughout the pandemic, blue-staters and Democrats have generally been more compliant with mask-wearing and social-distancing, while red America has pushed back, as one study from the University of Chicago confirmed. But when it comes to health checkups, self-identified liberals were likelier to report letting things slide in the TIME/Harris Poll survey, with 32% saying they’ve skipped annual exams, compared to 27% of moderates and 24% of conservatives.

Buchholz thinks at least some of this may have to do with the share of red-staters who believe the pandemic is either a hoax or exaggerated. If they’re continuing to go to bars and restaurants and parties, there’s no reason they wouldn’t go right ahead going in for physicals too. Liberals, by contrast, who tend to fear the pandemic more, might see doctors’ offices as dangerous congregate settings and seek to avoid them. “In red states, people are going about their business,” Buchholz says. “Liberals are hunkering down more.”

This article was originally published on time.com on February 23, 2021.
Written by: Jeffrey Kluger