More than 525,000 Americans have lost their lives to COVID-19 and the pandemic continues to defy the desire for things to "return to normal." Meanwhile, the pandemic's disparate impact has exposed deep health inequities along racial and ethnic lines and has highlighted the need to bolster a neglected public health system. 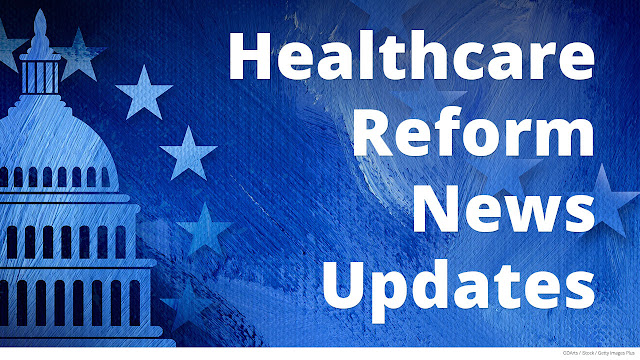 While the challenges are steep, there are immediate steps Congress can take to address these challenges and begin moving the country in the right direction, said members of AMA's federal advocacy staff during the 2021 AMA National Advocacy Conference, which was held virtually this year due to the pandemic.

The staffers explained these issues in a panel discussion moderated by Margaret Brennan, host of the CBS News program "Face the Nation."

After a discussion on public health and the need to address concerns such as education, transportation and child care in Black, Hispanic and Indigenous communities, Brennan questioned where the AMA can start such a monumental endeavor.

"There are racial disparities between white women who are pregnant and deliver a baby versus Black women—and it's been going on for a long time," Marino said. The bill would "collect the data that's needed to address the problem, and then do things like expanding Medicaid and CHIP coverage for a year postpartum. That can be done right now."

Learn more about the AMA's support for action on maternal health and mortality.

In a discussion on how to get more people health insurance coverage, Brennan prodded on how to move forward regarding the Affordable Care Act (ACA).

"Despite years and years of attacks, and now four years of neglect, the ACA has really proven pretty resilient," said AMA Senior Vice President for Advocacy Todd Askew. "Even with the loss of the individual mandate, lack of real outreach and enrollment activity not at the level it should be, enrollment in the marketplace has fluctuated between 11.5 and 12.5 half million people."

Askew added that many who are uninsured are eligible for free or very low-cost coverage through Medicaid expansion or their state's individual insurance marketplace—two options created by the ACA.

More can be insured with tweaks to the marketplace subsidy structure and if the remaining 12 states that haven't expanded their Medicaid program eligibility to up to 138% of the federal poverty level do so, Askew said. That is the most promising path forward, he argued.

"If we go to a debate about remaking the entire system, we spend the next two years debating it and probably come up with nothing," Askew said.

While the latest COVID-19 relief package is being pushed through Congress via the reconciliation process that prevents the use of the Senate filibuster, a bipartisan approach will be needed for nonbudgetary actions.

"Reconciliation is not a vehicle that's available for making policy changes," said Cynthia Brown, AMA vice president of government affairs. "Sooner or later, if Congress wants to enact new policy, they're going to have to act in a more bipartisan way. And certainly, what we're trying to position ourselves to do is be able to work with both sides."

Key actions AMA is advocating for Congress to take include:

Brown noted that there is a bipartisan bill pending in the House of Representatives that would extend the sequester moratorium through the end of the COVID-19 public health emergency, but a companion bill hasn't been introduced in the Senate. Action is needed soon because the moratorium is set to expire March 31.

This article was originally published on ama-assn.org on March 17 2021.
Written by: Andis Robeznieks

Apply for Health Insurance Coverage Today for even more savings!