The $1.9 trillion coronavirus relief bill under consideration by the House after passage by the Senate would increase subsidies to people who buy Affordable Care Act health plans, marking the biggest changes to the health law since its passage in 2010. 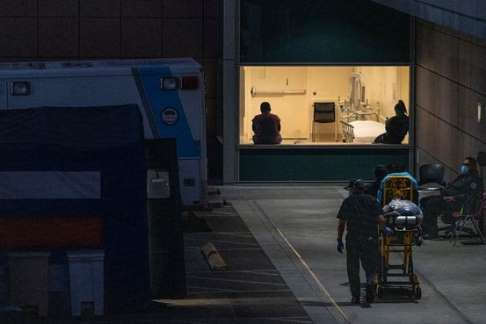 The subsidy changes would be temporary and expire after two years, but would mean much lower payments for almost 14 million people now insured on the individual market. The package also includes funding aimed at enticing states that didn’t expand their Medicaid programs earlier to do so now, and subsidies to cover the cost of health insurance for people who lose their jobs.

Currently under the ACA, people who earn 400% of the federal poverty level aren’t eligible for the tax credits, also known as subsidies, that help offset the cost of buying health plans. That means a single person who earns more than about $51,000 isn’t eligible, nor is a family of three that makes about $87,000.

The legislation would eliminate an income cap that limits who is eligible for ACA tax credits to reduce monthly insurance premiums. It would also limit the amount households pay to only 8.5% of their income on healthcare, and it would boost subsidies to lower-income consumers.

With the increased subsidies, costs would come down for many who buy ACA-compliant plans. For a 60-year-old with a $55,000 income, premiums would drop by around 50% to 80% depending on the plan, according to a Kaiser Family Foundation analysis.

The subsidy boost for the ACA plans has been a long-held goal of Democrats who say expanding the tax credits would allow more people to benefit from the coverage.

Democrats have praised the subsidy expansion as a way to improve upon the ACA by ending its so-called subsidy cliff, saying it will benefit low- and middle-income families, and reduce health-insurance expenses for lower-income people. They are expected to press to make it permanent during the 2022 midterm elections.

Republicans and some conservative advocacy groups oppose the plan, saying the federal government will spend billions of dollars to help insure a relatively low number of people who aren’t financially needy. They also call it a handout to insurance companies who stand to profit as more people purchase ACA plans.

“This liberal dream is a billions of dollars giveaway to health insurance companies and encourages more employers to drop their job-based plans altogether,” said Republican Sen. Steve Daines of Montana.

Critics of the plan add that the need for expanded subsidies shows the ACA has made insurance too expensive.

The expanded tax credits would increase federal deficits by about $34 billion over 10 years, according to a February analysis by the Congressional Budget Office. The initiative would expand health insurance through the exchanges by 1.7 million people in 2022.

Older adults with incomes above 400% of poverty would generally see some of the most significant savings, according to the Kaiser Family Foundation. The additional subsidies in the Covid relief bill could yield substantially lower premium payments for the nearly 14 million people insured on the individual market.

The changes, which mark the first major expansion of the 2010 Affordable Care Act, were part of the healthcare agenda Mr. Biden laid out in his campaign.

The hospital industry and insurers support the move. “[The] legislation includes many provisions to help hospitals and health systems provide care to their patients and communities,” Rick Pollack, president and chief executive of the American Hospital Association, said last week. While the hospitals support the changes, he said, they are disappointed the package doesn’t deliver more funding for provider relief.

The relief package also would encourage states to expand Medicaid. The federal government would for two years increase its matching funds to cover both existing Medicaid enrollees and the full cost of expanding, up from its current payment covering 90% of costs for states that haven’t expanded yet. Twelve states including Florida, Texas and Wisconsin have opted not to expand Medicaid, and state officials have in many cases cited the cost as a reason. It isn’t clear whether the change would persuade those states to expand Medicaid.

The subsidies for Cobra—an insurance-continuation program that employers are, in most circumstances, required to offer workers who have been terminated—have been cheered by insurers and some labor groups who say it will ensure people retain coverage during a pandemic that has led to a surge in joblessness claims.

“Covid-19 has left many hospitality workers in a desperate situation: no job, no healthcare, no savings,” said D. Taylor, international president of Unite Here, a labor union in the hotel, food service, laundry, warehouse and casino gaming industries.

With the Senate passing its version of the relief package, Democrats are already in talks about what healthcare measures to include in the next legislative package. Measures such as lowering the age eligibility of Medicare from 65 to 60 are likely to face fiercer objections from hospitals and other companies that could see their profits erode.

This article was originally published on wsj.com on March 9, 2021.
Written by: Stephanie Armour